The beauty within us 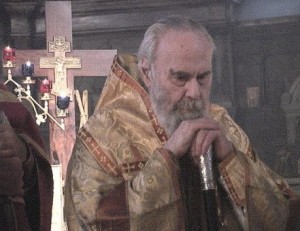 “Unless we look at a person and see the beauty there is in this person, we can contribute nothing to him. One does not help a person by discerning what is wrong, what is ugly, what is distorted. Christ looked at everyone He met, at the prostitute or the thief, and saw the beauty hidden there. Perhaps it was distorted, perhaps damaged, but it was beauty none the less, and what He did was to call out this beauty.” (Metropolitan Anthony (Bloom) of Sourozh of blessed memory).

What is beautiful about a person? Most of us are often quick to judge others. We look at people’s clothing, height, race, weight, age, occupation, home and car and numerous other aspects about them, and judge them based on these very superficial and fleeting features. END_OF_DOCUMENT_TOKEN_TO_BE_REPLACED

Continue ReadingThe Beauty Within Us

No greater agony, the untold story

In memory of my friend, “Luke” 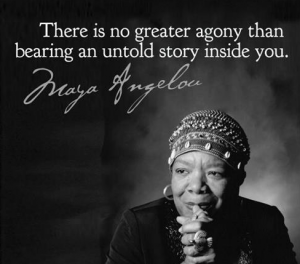 Recently I found out that a friend of mine from high school, someone I knew over thirty-five years ago, passed away not so long ago. We were close friends in high school, mainly because we did not fit in with other groups of our peers. Neither of us were jocks, or overly brilliant, or cool enough to be part of the various cliques in high school, and so we found a kinship in our ostracism. One day, I decided that I was going to tell “Luke” that I was gay. It was a deep secret that I had hidden inside of me, never telling anyone. Since we were both seniors in high school at the time, soon to be off to out of state colleges, I thought that I could risk telling my best friend that I was attracted to other guys. Luke was not someone I was attracted to, but thought that he might also be gay, and so I risked it. I got the shock of my life, when he told me that he thought that there was something wrong with me. He then threatened to go immediately and tell my parents what I had said. I panicked, and with the best acting I could possibly muster up at the moment, tried to laugh the entire thing off as a big joke. I am not sure if he bought it, but it certainly bought me freedom from any embarrassment or ill treatment from my parents. END_OF_DOCUMENT_TOKEN_TO_BE_REPLACED 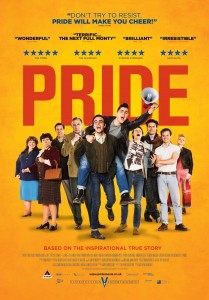 “Prejudice can’t survive proximity, it melts away when you meet and speak to those you fear”.[1] This statement is from an interview with Stephen Beresford, the screenwriter for the movie, Pride. The movie was inspired by a real story about a group of lesbians and gay men who supported striking miners in Britain in the early 1980s. After the group of gay men and lesbians came to the aid of the miners in their cause, the miners later supported significant changes to the political platform of the British Labour Party, urging the party to adopt a pro-gay stance. Completely opposite bedfellows, they found respect and mutual support, but first they had to get to know each other. The initial reluctance and even open dislike and mistrust, was turned into mutual respect and admiration once they got to know each other. Prejudice could not survive proximity. END_OF_DOCUMENT_TOKEN_TO_BE_REPLACED

Christ is Risen! Indeed He is Risen! 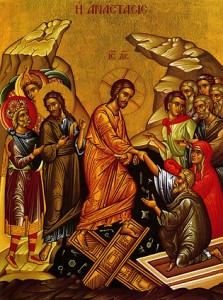 END_OF_DOCUMENT_TOKEN_TO_BE_REPLACED

Continue ReadingChrist is Risen! Indeed He is Risen!

“We have no right to humble and victimize the image of God.”[1] Do you find those words offensive or un-Christian or un-Orthodox? Surprisingly, many bishops of the Orthodox Church do. These words were spoken, according to sources, by the Metropolitan of Pergamon, John Zizioulas, a representative of the Ecumenical Patriarchate, at a February 2015 meeting at the Patriarchal Center of Chambesy, Geneva, Switzerland. The meeting was a gathering of the Inter-Orthodox Special Committee established to prepare for the Holy and Great Council of the Orthodox Church. The Great Council, according to the Synaxis of Primates, will take place in Istanbul in 2016.

In his speech, His Eminence Metropolitan John spoke of the need for sexual minorities to “be protected from any kind of discrimination and injustice.” In his remarks to the group of bishops, the Metropolitan is quoted as further elaborating upon his views on a much neglected topic, homosexuals in the Orthodox Church: “Let us ask ourselves if we need to consider homosexuals scapegoats who deserve to suffer persecution. And if we don’t want to establish that these people must be protected, it means that we want to be punish and imprison them.”[2] END_OF_DOCUMENT_TOKEN_TO_BE_REPLACED

What does the voice tell you?

If you tell someone that you hear voices, they will probably want to call the nearest mental health facility in order to have you medically evaluated, admitted and treated. While it may be a favorite symptom of those pleading insanity in a defense trial featured on the TV series “Law and Order”, hearing voices, possibly telling someone to commit a crime or harm oneself, should never be taken lightly. This particular psychiatric disorder, auditory hallucination, is one of the most common mental disorders. With the care of medical professionals, medicine, therapy and support, many people suffering from the hearing of voices can live fairly normal, productive lives. Disregard the medical advice and the person, others, and even society, might suffer the consequences. END_OF_DOCUMENT_TOKEN_TO_BE_REPLACED

Continue ReadingWhat does the voice tell you?

A priest who gets it, but as a voice crying in the wilderness

Rainer Maria Rilke, the early twentieth century Bohemian-Austrian author, captured the age of intense anxiety in many of his works. Perhaps most famous is a collection of letters, Letters to a Young Poet, published posthumously in 1929, some three years after Rilke’s death. The letters were written to a 19 year old military cadet, Franz Xaver Kappus, who wanted the more famous Rilke’s opinion on his own poetry. The young man was contemplating his future and deciding if to pursue a career as a writer or begin training for the officer corp. In one of the most famous and often quoted letters, written in 1903, Rilke writes the following words to young Franz:

Be patient toward all that is unsolved in your heart and try to love the questions themselves, like locked rooms and like books that are now written in a very foreign tongue. Do not now seek the answers, which cannot be given to you because you would not be able to live them. And the point is, to live everything. Live the questions now. Perhaps you will then gradually, without noticing it, live along some distant day into the answer.[1] END_OF_DOCUMENT_TOKEN_TO_BE_REPLACED

Continue ReadingA Priest who gets it, but as a voice crying in the wilderness

Finding Love, how lucky and blessed 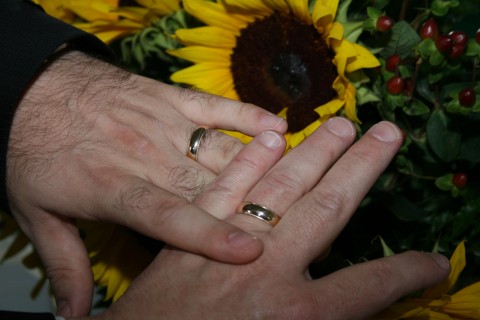 the PBS television series “Call the Midwife,” there is a wonderful line spoken by one of the characters, Jenny: “If we are lucky, we find love. If we are blessed, we understand its meaning.” This line struck me on many levels. Many of us have been lucky in life to have or have had parents who loved us. Perhaps only later in life are we blessed enough to understand the hardships they endured and the sacrifices that they made for us, because they loved us. An even greater blessing is if our parents loved us unconditionally, and if we returned that same level of love. END_OF_DOCUMENT_TOKEN_TO_BE_REPLACED

My mother has been a resident in a nursing home for some 10 years now. She has dementia as well as the disease of Alzheimer’s. One of the consequences of living apart from my very demonstrative and expressive father, is that my mother’s humorous side has emerged. No longer living in the shadow of her husband, who was always very jovial and quite boisterous, my mother has felt freer to express herself, crack jokes, and be playful with the staff and those who come to visit her. As her son, it has been wonderful to be a witness to my mom’s wit, to be able to tease her, and to see a very different side of her. Perhaps this funny side was always part of my mother’s character, but it had to lay dormant and in the shadows. It took a safe environment and a supportive community for my mother’s gift of humor to reveal itself. I am just grateful, that although she has significant cognitive problems, I am able to see and participate in this incredible gift my mother has been given.

END_OF_DOCUMENT_TOKEN_TO_BE_REPLACED

Do people use Rolodexes anymore? How many people under the age of 30 even know what a Rolodex is? Pictured here, it is, according to Wikipedia, “a rotating file device used to store business contact information.” The word was created from the words “rolling” and “index”. I imagine that most people, these days, store contacts on their smart phones, eliminating the need for rolodexes and “telephone books”. As a parish priest, my Rolodex was perhaps the most important thing in my office. Each and every parishioner had a separate card with their name, address, phone number and other important information relevant to their relationship to the parish. END_OF_DOCUMENT_TOKEN_TO_BE_REPLACED