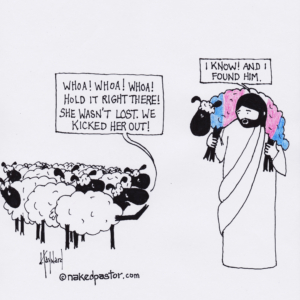 One of the things that good teachers know is that there is no such thing as a stupid or wrong question from their students. To suggest to a student otherwise is to immediately shut down the possibility of further learning by the student. Every teacher has encountered numerous instances in class when a student raises their hand and begins with one of these phrases “I know this is a stupid question… OR… I am probably wrong but…” It takes a lot of courage for many students to raise their hand, risking judgment by their teacher as well as their peers, to ask a question that might be perceived by others as a stupid one or the wrong one. To dismiss that student’s question is the complete opposite of what teaching is all about. The Socratic method of teaching, based on asking and answering questions, promotes critical thinking and draws out new ways of thinking and understanding. END_OF_DOCUMENT_TOKEN_TO_BE_REPLACED

In Florida, where I live, there are many insects and reptiles. We find some of these “intruders” in our house a few times a week. Various spiders, palmetto bugs, which is just a fancy name for cockroaches, anoles, which are small, slender lizards, frogs, and even very tiny baby snakes find their way into our home. I cannot blame them since their ancestors occupied the land before we did. Unfortunately, I have a deep fear of snakes and my husband detests spiders, therefore, we have an agreement in our marriage, I get rid of the spiders and palmetto bugs, and he carefully coaxes the lizards and small snakes outside. I am not as kind to the small interlopers as he is. It works wonderfully. However, if the snakes get bigger and ever come into the house, we are moving to Alaska! END_OF_DOCUMENT_TOKEN_TO_BE_REPLACED

In preparation to be ordained a priest, I spent four years studying in a seminary. They were some of my life’s best, yet most challenging years. I met those who would become lifelong friends. During those years I tested and questioned myself more than almost any other time in my life. While discerning a calling to the priesthood is demanding, it is even more so for a gay man. I knew that a calling to serve God in His Church was a blessing, I just had to figure out what that meant exactly and how to carry my calling out. In other words, it was a considerable mystery to me. It was a blessing that was also a mystery. END_OF_DOCUMENT_TOKEN_TO_BE_REPLACED 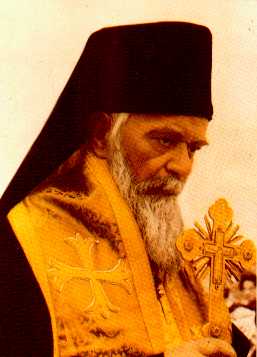 In high school, I had only one good, best friend. The reason for this was probably the way I saw myself and the fact that I frequently tried to hide, not wanting to call attention to myself. When you were a fat, gay teenage boy, in the late 1970s living in the suburbs there were not many opportunities to be proud of who you were. Of course, I knew that my parents loved me, although my father constantly commented on my weight, but it was not the same as having a true friend, one in whom I could confide, sharing my thoughts and dreams. Finally, late in my junior year, I told my best friend that I was gay. Although not attracted to him at all, I did hope that there was a slight possibility, that he was gay as well. The reaction that I got from him was utterly devastating. He told me that homosexuals were horrible people, and then he threatened to tell my parents my deepest secret, which I thought would be safe with my best friend. I was instantly terrified. The idea of my parents finding out my secret was devastating to me. END_OF_DOCUMENT_TOKEN_TO_BE_REPLACED 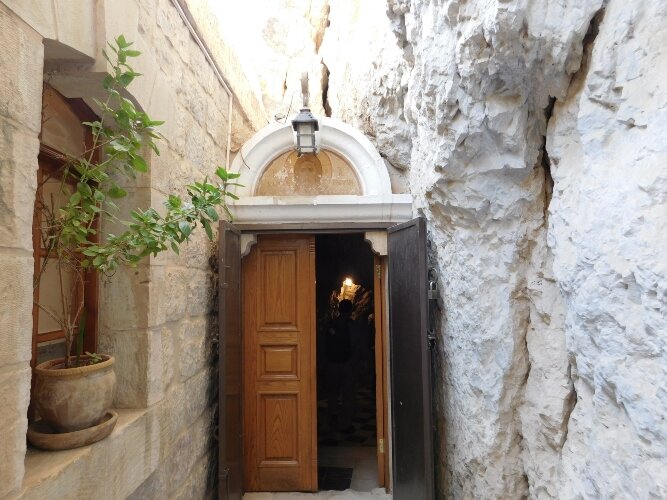 Before I was ordained a priest, I wanted to make certain that the Orthodox Church, and in particular, the Ukrainian Orthodox Church, in which I was raised, was the right place for me to carry out my calling to the ordained ministry. Chicago, my home and where I was living at the time while in graduate school, is a wonderful city, replete with numerous ethnic communities that boast a plethora of religious communities. For almost one year I was privileged to visit numerous churches and temples and witness the religious services of prayerful worshippers. For me, I was quite sure that I wanted to be part of Christ’s family, and so it was early in my search that I decided that a non-Christian group was not for me. END_OF_DOCUMENT_TOKEN_TO_BE_REPLACED

I am Gay. Does God Love me? 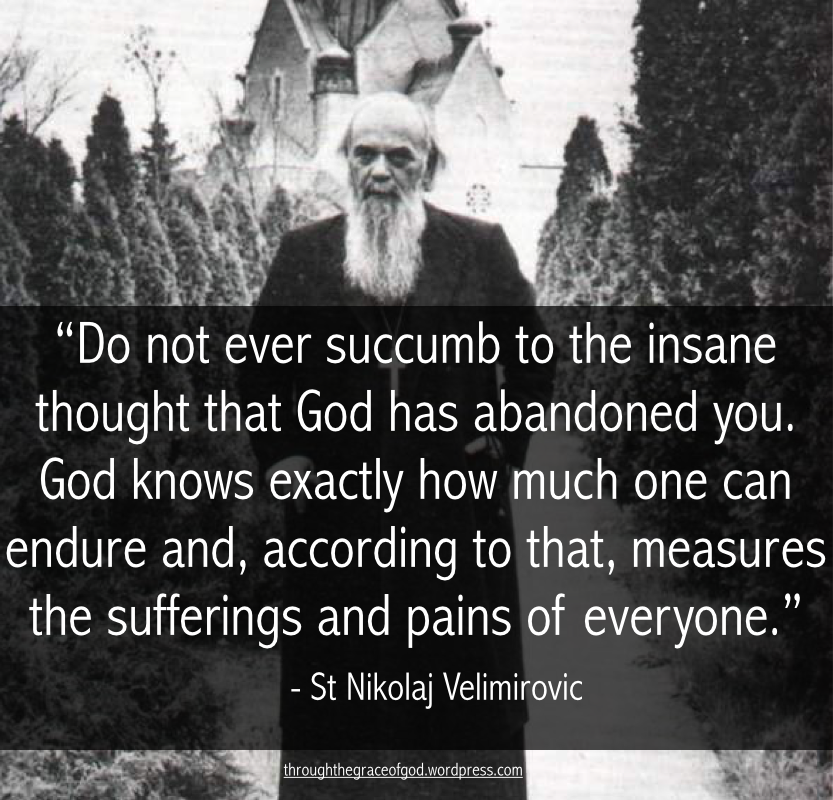 My father and I had what can only be described as an up and down relationship. My father was immensely proud of the fact that I was a priest and earned a Ph.D. and was able to teach in Seminary, educating future leaders of the Ukrainian Orthodox Church. And yet what worried him constantly, and even embarrassed him, was my life-long struggle with weight. For as long as I can remember I wanted to be a priest and for as long as I can remember I have struggled with weight issues. Although I never questioned my father’s joy and happiness with my pastoral achievements, I did have a life-long question: “Would my father love me more if I were not overweight? Not far from that question, was another disconcerting and constant question: “Would my father still love me, if he knew I was gay?” END_OF_DOCUMENT_TOKEN_TO_BE_REPLACED

Continue ReadingI Am Gay. Does God Love Me?

Praying with a mask 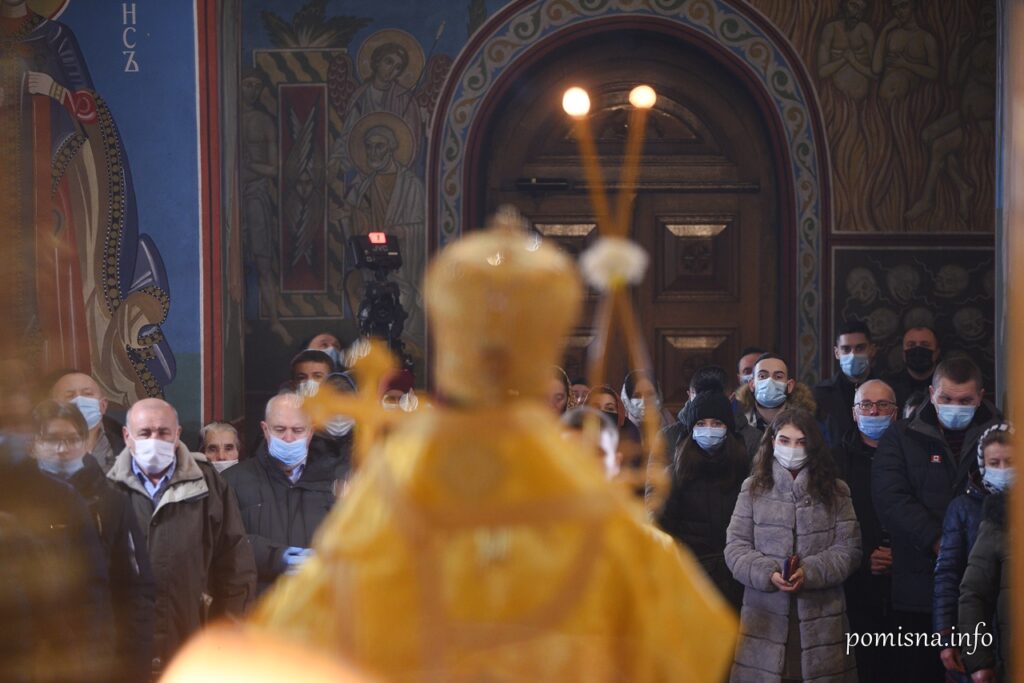 2020 has been a devastating year. Covid-19 has caused immeasurable harm, taking the lives of millions of people, creating unprecedented long-term illnesses, and is responsible for significant shifts in our emotional and mental states, not to mention uprooting our daily routines in life. To be sure it has also taken a toll on our spiritual lives. Many civic jurisdictions around the world have prohibited or limited our ability to gather for community worship, sing at divine services, and even caused significant, sometimes disconcerting discussion on how Holy Communion is to be administered. END_OF_DOCUMENT_TOKEN_TO_BE_REPLACED

Continue ReadingPraying With a Mask

I am a dandelion

My grandfather Petro came to the United States in 1958 from Poland. As an officer in the Russian Imperial Army, he fought against the German forces until 1917. That year, during the revolutions in the Russian Empire, a Ukrainian independence movement began which culminated in the declaration of an independent Ukraine in 1918.  My grandfather immediately joined the Ukrainian armed forces which fought against the Bolshevik Red Army. At the end of that war, many officers, soldiers, and their families end up in Poland where in displaced persons camps, they formed communities, churches, theatrical groups, and schools.[1] When my father and his sister were able to bring his parents from Poland to the United States, where they had settled after World War II, the family was finally united.

My grandfather, a staunch Ukrainian patriot and faithful Orthodox Christian, was happy that although in “exile”, he was able to be with his family, speak his own language freely, as well as worship God without governmental interference. In America, he liked many things, the beautiful parks where he could walk his dog, brick houses, and an abundance of products in the stores. END_OF_DOCUMENT_TOKEN_TO_BE_REPLACED

Continue ReadingI am a Dandelion

Without your wound, where would your power be? 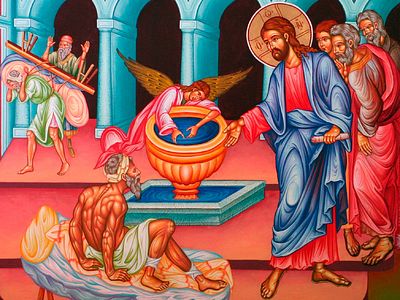 The Gospel passage about the paralytic being healed at the Pool of Bethesda has always perplexed me. (John Chapter 5). A quick reading of this passage would indicate that there is a connection between sinning and disease or prolonged illness. As someone who witnessed the debilitating illness of Alzheimer’s that my mother suffered with for over a decade, I find it unfathomable to believe that there was causation between her sinfulness and her long infirmity. She was robbed of memories and speech, recognition of loved ones and, basic human dignity. END_OF_DOCUMENT_TOKEN_TO_BE_REPLACED

Continue ReadingWithout Your Wound, Where Would Your Power Be?

What is the Cost of Lives? 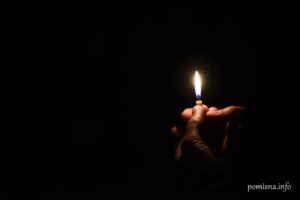 On Saturday, April 26, 1986, Lazarus Saturday was observed in the Orthodox Church. The commemoration of the raising of Lazarus (John 11) is celebrated on the day before Palm Sunday, viewed theologically as a prequel to the resurrection of Christ, eight days later. On that same day, in Ukraine, instead of celebration, there was disaster, as a nuclear reactor exploded in Chornobyl (in Russian, Chernobyl). The catastrophe is viewed as the worst nuclear disaster in human history, with an unknown number of deaths, physical tragedy, and life-long consequences. END_OF_DOCUMENT_TOKEN_TO_BE_REPLACED

Continue ReadingWhat is the Cost of Lies?